How Does One Avoid Being Deceived by Medical Academic Scandals? WISPRO Manager Leo Tsou: Scientific Findings in the Medical Field Need Time to Accumulate, Track Records Are Not Easy to Fake.

Earlier this month, two of the world’s leading medical journals—The Lancet and The New England Journal of Medicine—retracted articles related to Covid-19 studies based on data provided by the small US company, Surgisphere.

Those journals retracted their articles because the data provided by Surgisphere was found to contain artificial traces, and Surgisphere refused to provide raw data to the co-authors and peer review auditors. 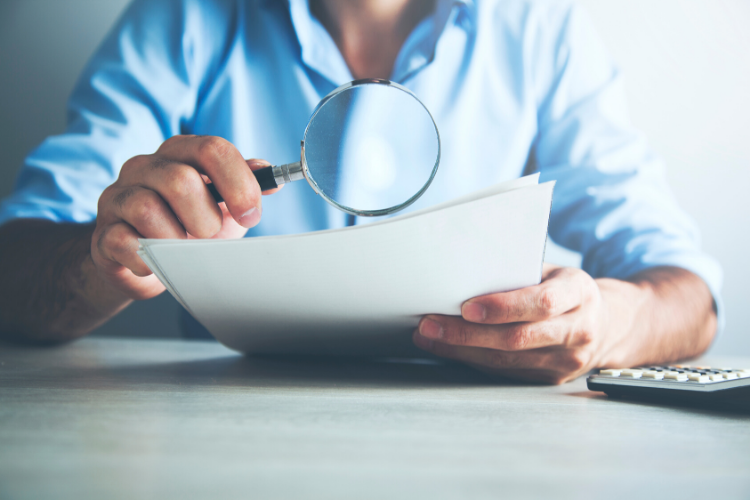 There was another academic scandal which also happened early this month—the case of the “octopaper.” A blogger showed findings from her investigation about eight articles published in different journals by different authors, from different institutes from China, presenting data from different patients with different cancers, and sharing almost identical figures and tables. Those articles may have been generated by the same company that provides artificial scientific papers.

“Learning from these cases, academic scandals could be more difficult to discover by merely using the current academic fraud detection tools to analyze the data itself. Normally, scientific findings in the medical field must be built on the foundation of the researcher’s relevant research experience and previous studies. Thus, to avoid being deceived by an academic scandal, one should review the track records, including previous studies and publications such as papers or patents of the research group, the record of companies, the developing history of a certain technology or study. These types of data need time to accumulate and are not easy to fake.”

Breaking out of the Markush Group

When drafting a patent application, the wordings used in the claims are carefully selected. The wordings in a claim will determine the broadness of its scope. According to JD Supra, the recent decision of the Federal Circuit provides a guide to interpreting claims that recite Markush groups.

In particular, the decision on the case of Amgen Inc. v. Amneal Pharms. LLC, 945 F.3d 1368 (Fed. Cir. 2020) sheds light on interpreting claims having a combination of open and closed transitional phrases, “comprising” and “consisting of,” respectively. The decision clarifies that additional unrecited claim elements are allowed when the claim elements limited by the term “consisting of” are preceded by the open phrase “comprising” and include qualifying language such as “at least one” preceding the Markush group. 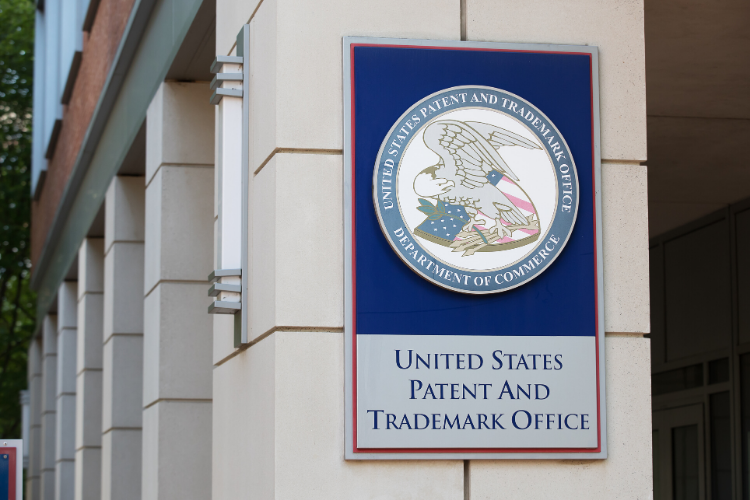 The issue during the infringement analysis was whether the binders and disintegrants in claim 1 could include unrecited elements. During the litigation, the district court relied on the case of Multilayer Stretch Cling Film Holdings, Inc. v. Berry Plastics Corp., 831 F.3d 1350 (Fed. Cir. 2016). It held that Markush groups are “closed to unrecited binders and disintegrants.” Amgen appealed and contended that claim 1 is open-ended because of the open transitional phrase “comprising” at the beginning of the claim.

Furthermore, Amgen argued that since the “consisting of” terms in subsections for the binders and disintegrants are preceded by the term “at least one,” the Markush groups only limit the “at least one” binder or disintegrant.

Additionally, the Federal Circuit emphasized that the Multilayer case only held that the claim elements within the subsections are limited to the Markush group and did not decide whether “comprising” allows additional elements outside of the recited Markush groups.

Are Standard-Essential Patents (SEPs) Truly Essential? WISPRO Analyst David Huang: Both the Quantity and the Quality of the SEPs Should Be Considered to Ensure That the Patents Are “Truly Essential.”

According to IAM, a team of 25 experts from Amplified and GreyB spent more than six months conducting a manual comparison between 5G-declared SEPs (including their patent families) and the technical standards. Only 26% of the declared SEP families were found to be “truly essential.”

Why is there over-declaration? According to the European Telecommunications Standards Institute’s (ETSI) policy, a patent holder must declare any patent that “might be essential” in a timely fashion. However, the declared patents are not verified by a third party, and thus it remains unclear whether the so-called SEPs are “truly essential.” 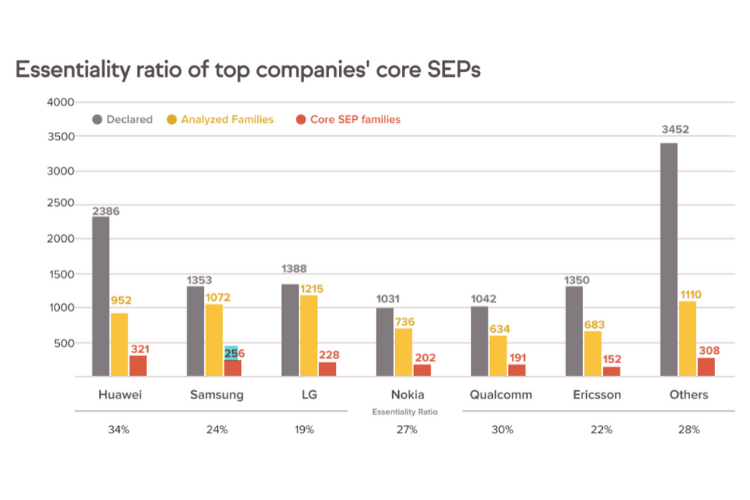 “When a patentee monetizes SEPs, not only the number of patents but also the quality of those patents should be considered to ensure that the patents are ‘truly essential.’ The difficulty lies in the enormous time consumed by the manual analysis on essentiality. It would save time if software could help to compare patents with technical standards automatically. The evaluation criteria for essentiality would also be more objective. The software-aided patent analysis would definitely become one of the most promising accelerated patent analysis approaches.

WISPRO pays close attention to the development of 5G SEPs and continues to provide SEP related information and statistics. WISPRO also helps customers to keep up with the latest ETSI SEP declaration activities through the SEP data platform provided by InQuartik.”

According to R.P.X., on June 4, the Federal Circuit issued a precedential decision holding that § 285 under the Patent Act is inapplicable for awarding attorneys’ fees to the prevailing party in a proceeding for inter partes review. The case is Amneal Pharmaceuticals, L.L.C. v. Almirall, L.L.C., Case No. 2020-1106 (Fed. Cir. Jun. 4, 2020). The CAFC states that fees should only be awarded if they “were incurred during, in close relation to, or as a direct result of, judicial proceedings.” The CAFC reasoned that the present case did not consist of USPTO proceedings that were “intimately tied” to the resolution of the district court action.

In this case, the Court did not expressly rule out the possibility that it could award fees for work during the appeal before the Federal Circuit from an I.P.R. proceeding. However, the question remains whether fees can be awarded under section 285 in connection with an I.P.R. proceeding that was parallel to a district court action and the two proceedings were interpreted as part of an inclusive whole.

Nevertheless, the Court also noted that the USPTO has its own procedures for sanctioning exceptional conduct under 37 C.F.R. § 42.12, where the PTAB may award “compensatory expenses, including attorney’s fees,” among other sanctions. 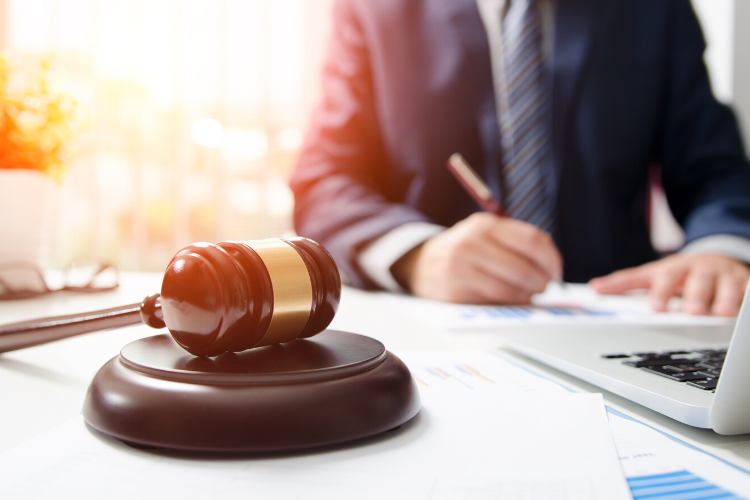 Can Electric Vehicle Charging Infrastructure Keep up With the Booming Development of Electric Vehicles? WISPRO Analyst Nick Huang: The Key Is Convincing Technology Owners to Share Under Reasonable Conditions

Over the past few decades, electric vehicles have been booming; the main reason is that electric vehicles greatly reduce air pollution and greenhouse gas emissions and slow down climate change. Although it looks like electric vehicles will eventually replace gasoline vehicles, many major problems need to be solved before the replacement happens.

Nowadays, the most important problem that needs to be solved is the lack of electric vehicle charging facilities.

Your subscription could not be saved. Please try again.
Your subscription has been successful.
2020-08-04T10:36:48+08:00
This website uses cookies to improve your experience. By browsing, you agree to our use of cookies. Read More Accept