Skip to content
Keeping an Eye on Self-Driving Technologies: A LiDAR Perspective

Keeping an Eye on Self-Driving Technologies: A LiDAR Perspective

As LiDAR technology develops, Level 5 self-driving cars may become a reality in the near future.

Self-driving cars will reduce the probability of accidents; they will also increase the mobility of people with disabilities. Besides, LiDAR technology has additional unexpected applications, such as replacing the controversial US-Mexico wall and being used to maintain social distancing during the COVID-19 pandemic.

Over the last few years, the number of LiDAR patent applications has increased significantly.

Apart from major market players, such as Waymo, Valeo, Bosch, Denso, Uber, and Baidu, there are many LiDAR companies worth keeping an eye on. Analyzing their patenting activity of the past two decades with Patent Vault, we discovered the following key information:

For companies, especially start-ups, the most concerning question should be: Will the size of the patent portfolio affect funding ability? 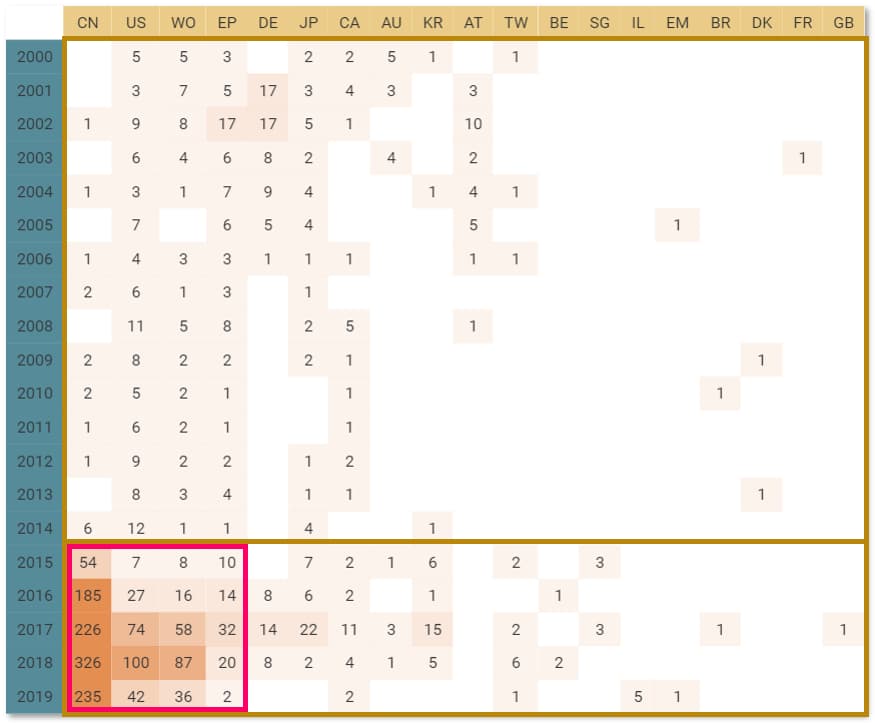 The significant increase of LiDAR patent applications demonstrates that companies are devoting more and more resources into the research and development of LiDAR technology as we get closer to Level 5 autonomous driving.

The LiDAR-related patenting activity has ramped-up over the last few years, especially for Chinese companies. Looking back at the development of LiDAR technology, it can be traced back to the early 2000s. During the early 2000s, a few companies had already started filing patent applications in LiDAR, including Ibeo, Princeton Lightwave, Blickfeld, and Velodyne LiDAR.

Beijing SureStar Technology was the first Chinese company to file LiDAR patents in 2007.

However, it is essential not to focus solely on the number of patents; attention should also be paid to the quality of the patents.

Chinese companies owned 92% of the Chinese patents, while the U.S. companies had a broader global coverage.

The Chinese companies hold a significant share of the patents of their own country and own 92% of the Chinese patents overall. The U.S. companies have the broadest global coverage with filings in 16 different patent offices. The European countries (e.g., Germany) tend to file more EP applications than the patent applications of their home country. It is interesting to see the diverse patenting behavior of companies from different countries; many reasons could lead to these behavioral differences, e.g., the difference in government support.

As we move closer to full automation of autonomous driving, LiDAR has become one of the main focuses for investors. Later we will discuss the trends in investments and patent applications in LiDAR and the comparison between two key market players, Robosense and Innoviz. Hopefully, through these analyses, we will be able to answer whether or not the size of the patent portfolio will affect funding ability.

The companies listed in the charts used for our analysis were chosen based on their size and their focus on LiDAR technologies.

Eugene is an Analyst at Wispro Technology Consulting Corporation. His core expertise includes IP portfolio planning and management, freedom-to-operate analysis, IP due diligence, technology landscaping, and state-of-the-art searching. He is deeply committed in researching the fields of medical imaging, automotive imaging, and optical systems in general.