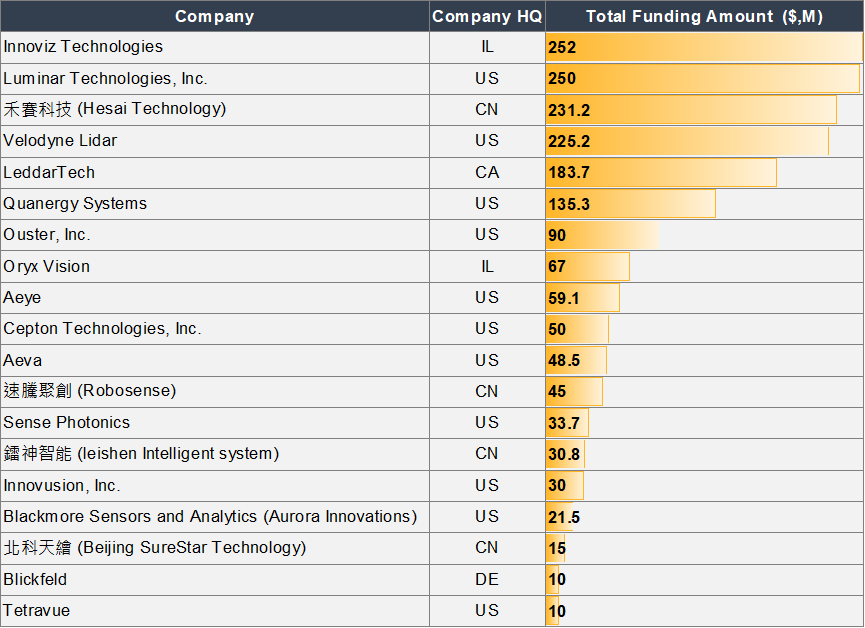 The average total funding for the Israeli companies (USD 159.5 million) is much higher than that of the United States and Chinese companies (about USD 80.5 million), due to the high total funding amount from Innoviz Technologies. Innoviz Technologies, an Israeli company, founded in 2016, raised the highest amount of total funding with USD 252 million. Investors in its latest round of financing included China Merchants Capital, Shenzhen Capital Group, and New Alliance Capital.

4 out of the top 10 LiDAR patent applicants are Chinese companies. 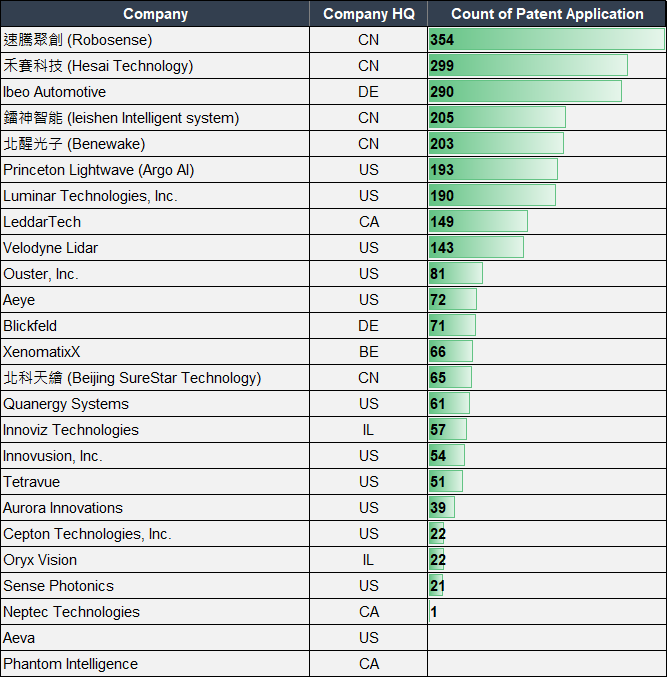 Robosense and Innoviz: A Comparison

The size of the patent portfolio is only one of the many factors that determine a company’s technological strength. We also need to evaluate the patents’ value and quality to get an objective assessment of a company. Nevertheless, Robosense was able to build up a large patent portfolio in just five years compared with other companies within the scope of our study.

For Robosense, 91% are filed with the Chinese Patent Office, whereas Innoviz has 61% patent applications filed in the United States.

There are many factors to consider when determining where to file a patent, including the business objective, target market, and the ability to obtain and enforce patents. 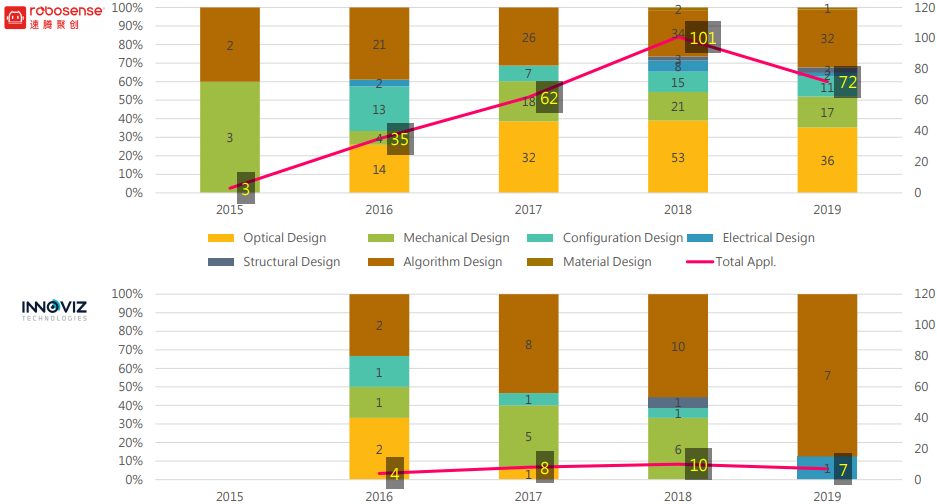 Patent Application Count (Including CN and US

Based on the above analysis, we can tell that Robosense has a more diverse LiDAR patent portfolio.

The technology categorization of a patent depends on the technologies being used in the claims of the patent.  A patent can be categorized into more than one category. 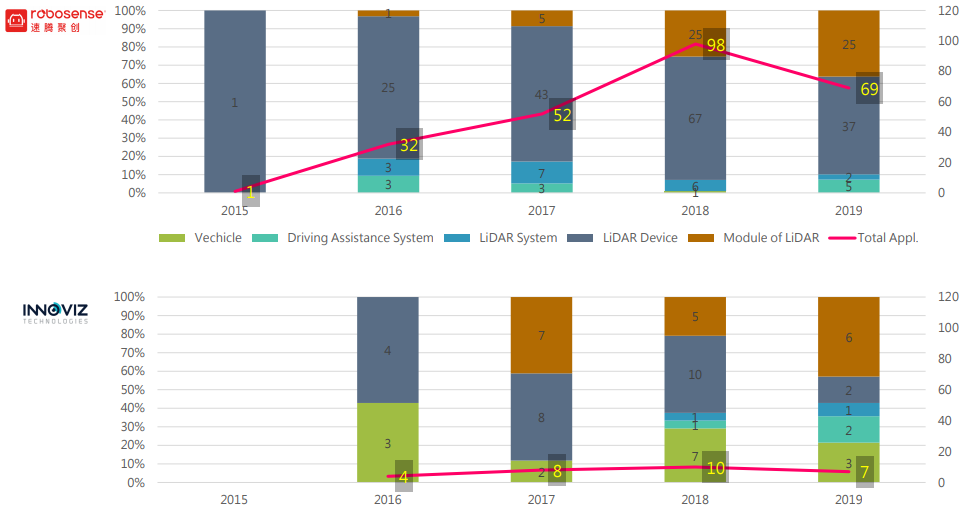 Patent Application Count (Including CN and US)

Method claims were not considered for the purpose of this analysis.

Larger patent portfolios do not necessarily lead to larger investments.

To conclude, Robosense and Innoviz are very different in many aspects. There is no proof that larger patent portfolios lead to larger investments. There are many more factors that may affect an investors’ decision before signing the deal. However, LiDAR technology is undoubtedly a major topic of interest for innovators; we might be able to enjoy carefree rides with Level 5 self-driving cars in the foreseeable future.

The companies listed in the charts used for our analysis were chosen based on their size and their focus on LiDAR technologies.

Eugene is an Analyst at Wispro Technology Consulting Corporation. His core expertise includes IP portfolio planning and management, freedom-to-operate analysis, IP due diligence, technology landscaping, and state-of-the-art searching. He is deeply committed in researching the fields of medical imaging, automotive imaging, and optical systems in general.