Skip to content
Utilization of the “priceless” design patent

Utilization of the “priceless” design patent

When it comes to patents, people may think of cumbersome and lengthy utility patent specifications and the puzzling patent claim riddles. In contrast, while also carrying the name “patent,” the design patent often gave an impression of low cost and incidental insurance.

However, design patents have recently been hyped up after the US Apple and Samsung patent duel. The fiery trend seems to have spread its way to Taiwan.

To cite a mind-blowing example,  as Taiwan’s DEPO AUTO PARTS IND. CO., LTD. and its US subsidiary (Maxzone Vehicle Lighting Corp.) have been stirring up trouble in various jurisdictions since 2017, the industry is once again reminded of the importance of design patents in practical commercial applications. Among the global disputes it faces, Depo was sued at its home court (Taiwan IP Court) by Daimler AG in 2018 and lost. As a result, an injunction was imposed, and the manufacturing tools/molds were ordered to be destroyed for the infringing designs.

Indeed, recent information from TIPO shows that the number of design patent filings in Taiwan—a moderately small market—by foreign applicants is nevertheless significant. The strategy of these pragmatic and forward-thinking foreign companies should give us some inspiration. The design patent, which has been overlooked and underestimated by many, enjoys certain unique treatments that are somewhat different from its utility patent counterpart in many aspects. And in practice, the fundamentally subjective nature of design patents may make validity exceptionally difficult to challenge. 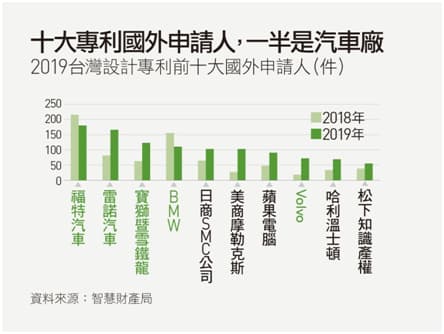 The differences mentioned above can be presented in several aspects. Take the US patent practice as an example. These seemingly low-priced design patents with their narrow scope of protection are generally just around the corner to obtain. Still, their survivability in post-grant proceedings is unexpectedly high when challenged compared to “regular patents/invention patents”. 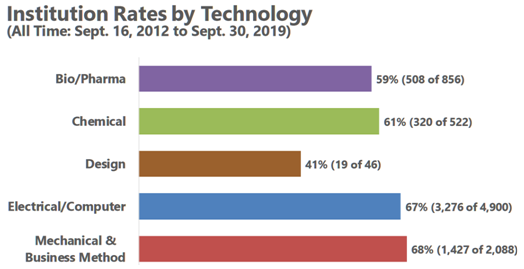 From a practical point of view, although the patentability evaluation of design patents is, in principle, the same as that of utility patents (e.g., patentability elements such as the novelty and non-obviousness requirements), there are significant practical differences when it comes to practical analysis.

For one thing, the fundamental “ornamental” characteristics of the design patents make its novelty difficult to question (as it is inherently difficult to find two graphically identical citations in the prior art domain). Furthermore, design patents enjoy more rigid, narrower, and subjective analytical treatment (e.g., more similar to the determination of trademark infringement) in the determination of “non-obviousness”, thus making them more difficult to invalidate.

However, it should be kept in mind that—as stated in Article 171 of the US Patent Law—the essence of design patents is still the appeal of “ornamental” industrial design. If the feature of the design patent is determined to be “functional” rather than “ornamental” (e.g., if a design feature is determined to be based on the functional purpose of the article rather than decorative purpose), the design patent may be deemed invalid. Therefore, in real-life scenarios, how to package and present the functional characteristics of one’s own products in the name of “ornamental” design remains a subject that needs to be considered and planned case-by-case.