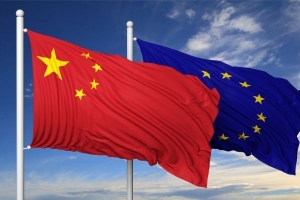 As the joint pilot project between the European Patent Office (EPO) and the China National Intellectual Property Administration (CNIPA) is due to commence on December 1st, 2020, we took a look at the various benefits and drawbacks that this program may bring to the table.

The agreement is a development in a strategic partnership between the EPO and CNIPA that began in 2017. The EPO-CNIPA PCT deal will allow PCT applications filed in English — with CNIPA as the Receiving Office — to designate the EPO as their International Search Authority (ISA).

The two-year pilot will be open to applicants filing with either the CNIPA or the World Intellectual Property Organization’s International Bureau (IB) as the Receiving Office. A limit of 2,500 applications is set for the first 12 months and then 3,000 applications for the subsequent 12 months.

With an ISR and a WO/ISA from the EPO, applicants from China wishing to accelerate the prosecution of their application can enter the European phase earlier, request early processing, and have their file examined without a supplementary European search.

The cost of designating the EPO as the search authority comes at a higher price. Compared to the 2,100 RMB (US$315) search fee for CNIPA, the search fee for the EPO costs the applicant around 1,775 Euros (US$2,100). Thus, this process may not be suitable for applicants wishing to reduce costs.

However, for applicants that subsequently file a European application based on the international application, designating the EPO as the search authority will almost be cost-neutral in the long term.

The pilot program may be of the most interest to foreign-invested enterprises having innovation occurring in China, particularly those European companies that plan to file at the EPO anyway — since innovations produced in China are required to be applied for as patents in China before extending to other countries.