The Debate on AI Qualifications for Inventorship 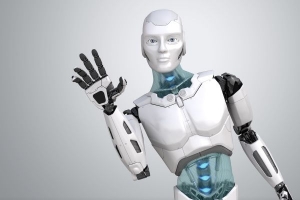 The USPTO recently rejected two patent applications filed, which named an AI “creativity engine” called DABUS as the inventor. Similar patent applications filed under British, German, and European Union patent regulators have also been rejected. Other applications naming DABUS as the inventor filed in China, Japan, India, and several other countries are still awaiting decisions. Now, the creator of DABUS, Stephen Thaler, has filed a lawsuit against the USPTO, claiming that an AI system is capable of generating original inventions.

While the USPTO asserts that “conception—the touchstone of inventorship—must be performed by a natural person,” Thaler argues that the USPTO should adopt the principle laid out in a 1943 report from the National Patent Planning Commission stating “patentability shall be determined objectively by the nature of the contribution to the advancement of the art, and not subjectively by the nature of the process by which the invention may have been accomplished.”

The World Intellectual Property Organization had solicited comments on a proposed framework for IP law and AI. Getty Images, a media organization, expressed concerns about AI systems drawing on copyrighted material without the appropriate permissions and using it to generate images or news articles passed off as originals.

Getty Images further emphasized that “such tools are not capable of true independent creativity” and “for AI tools to create new work, prior creative work must be used as training data.” Finally, Getty Images stated that “the current lack of official IP guidance has already resulted in the creation of AI tools that have violated privacy and IP rights internationally.”

The decision on AI qualifications for inventorship will have substantial consequences on the future of intellectual properties as automation of creation will likely affect the future job market.