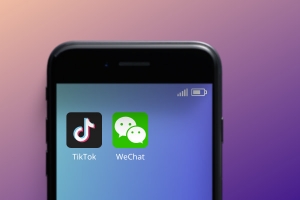 On August 6, 2020, United States President, Donald Trump, signed two executive orders prohibiting individuals and entities within the US from conducting any transactions with Chinese companies, ByteDance (the parent company of TikTok) and Tencent (the parent company of WeChat), which were due to be implemented on September 20, 2020.

In a statement issued by the US Department of Commerce, it claims: “While the threats posed by WeChat and TikTok are not identical, they are similar. Each collects vast data from users, including network activity, location data, and browsing and search histories. Each is an active participant in China’s civil-military fusion and is subject to mandatory cooperation with the intelligence services of the CCP. This combination results in the use of WeChat and TikTok creating unacceptable risks to our national [the United States] security”.

According to TechCrunch, the district court judge in San Francisco, California, Laurel Beeler, banned the US government from requesting an injunction to remove WeChat. The judge pointed out that prohibiting users from using WeChat violated freedom of speech. Although the United States’ national security is important, the ban may affect users’ rights. Also, there are other measures to address data security concerns. Given that the injunction will cause immediate damage, the judge issued a nationwide injunction to prohibit the ban’s execution by the US Department of Commerce.

To face the court’s challenge, the US Department of Commerce is required to raise specific arguments convincing the court that an injunction must be enforced. In other words, this lawsuit may provide clarity on how companies should ensure data security and demonstrate that such security has been implemented.

For national data security considerations, countries or operating entities may jointly formulate data security management regulations, including the separation of each nation’s citizen data and data localization. Chinese transnational companies may consider initiating the regulations to respond to the US government’s doubt of data security.