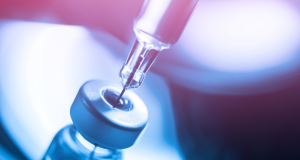 Scientists Find a Potential Treatment for COVID-19 From a SARS Survivor – Is Antibody Isolated From a Patient Patentable? Manager Leo Tsou: The Subject Matter of the Claim Is the Key.

Recently, scientists reported that a monoclonal antibody code-named S309, which was first discovered from the blood sample of a SARS survivor in 2003, showed its extraordinary capability of neutralizing the COVID-19 virus in a lab. The antibody has the potential to be developed as a COVID-19 treatment, and will be applied in clinical trials in the near future.

However, based on the decision of the Myriad Case by the US Supreme Court in 2013, some people may think that the type of antibodies that are directly isolated from patients belong to the category of “naturally occurring substance,” and are therefore not patentable.

WISPRO manager Leo Tsou, indicates that it is not exactly true.

“Although the antibody isolated from patients naturally exists, the principle that a naturally occurring substance is non-patentable should be explicitly interpreted as that the subject matter of a claim cannot naturally occur.

Thus, claims regarding  (a) method-of-treatment, (b) antibodies that are further artificially modified, such as the modification of amino acid sequence in V regions or Fc regions, modification of glycosylation, antibody fragments (eg. Fab’), or bispecific antibodies, etc, (c) the formulation design of the antibody drug, (d) hybridoma, expression constructs, or cDNA for producing the antibody are all patentable subject matters.

In fact, according to the recent decisions made by the CAFC, the most common challenge for antibody patents is the written description requirement rather than eligibility. We will discuss this in detail in the future.” The recent outbreak of COVID-19 has caused significant losses to various industries. However, as the industry began to conserve various expenses, for innovators who invest in research & development activities, there was good news from the USPTO.

Based on the recent announcement, in addition to the recent relief program for patent-related deadlines and fees, the USPTO experimentally implemented accelerated examination measures for COVID-19 related innovations on the premise of encouraging innovative research to combat the epidemic.  As the Office recognizes that most of the innovation facilitators are small and medium-sized research institutions that have yet to establish a sizable commercial scale, the recent accelerated examination pilot program has been designated for applicants with small entities and micro entity status (e.g., organizations of less than 500 employees).

WISPRO director Dennis Wang indicates that the substantial effect of this experimental pilot program is similar to that of the Patent Office’s “Track One” accelerated examination, whose goal is to allow the Patent Office to place priority to the examination of applicable patent applications with the hope to conclude the first round of examination results within one year. Fortunately, under this experimental program, qualified patents need not pay the sizable expedited examination request fee (for example, 2000 USD for a small entity.)

Is it reasonable under the FRAND terms that Sisvel buying SEPs can then sue others in less than 100 days? Vice President Jackson Lin: It is noteworthy

According to RPX, in May 2020, Sisvel  filed a series of 3G/LTE SEP patent infringement litigations against many defendants, e.g., Tesla, Dell, Honeywell, and more than ten other companies. It’s not a surprise that Sisvel utilized litigation to accelerate the transaction cycle time, because Sisvel’s business model is operating patent portfolios, which are owned or managed by Sisvel, to earn royalties as their revenue.

Based on the opinion of Jackson Lin, vice president of WISPRO Technology Consulting, it is noteworthy whether it is reasonable under the FRAND terms to file patent infringement litigations no more than 100 days after Sisvel’s recent acquisition of 4 SEPs from LG on Feb. 2020.

If YES, to reduce the negative impact while a SEP buyer asserts their patent rights, SEP implementors might monitor transaction activities relating to SEP to prepare in advance.
If NO, SEP buyers shall also comply with the FRAND terms for royalty negotiations rather than directly filing patent litigation.
Key Takeaway: ”FRAND licensing undertakings made pursuant to Clause 6 shall be interpreted as encumbrances that bind all successors-in-interest”. (See ETSI IPR Policy)

Attorney Tony Tu: We Can Still Expect a Patent System Overturn Even If the USPTO States That AI Cannot Be an Inventor. In the USPTO’s current view, the legal tests for “conception” require a person to conceive and contribute to the inventive subject matter in the claims, based on CNN’s report. As AI systems are increasingly capable of creating works and inventions without the assistance of human inventors, WIPO and other patent offices are debating potential changes in the patent law on AI. WISPRO attorney Tony Tu indicates that we could probably look forward to the overturn of the current patent system caused by AI.

In the meantime, businesses that own AI systems capable of inventing should ensure sufficient human involvement in the inventive process to maintain compliance with patent application requirements and should also consider alternative means of protecting their intellectual property, such as by treating them as trade secrets. 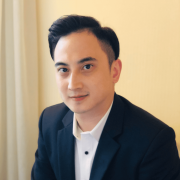