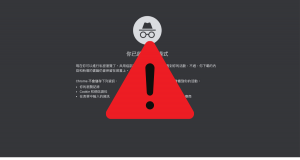 According to Display Daily, the Essential Video Coding (EVC) standard led by Huawei, Qualcomm, and Samsung was officially released in April 2020. Additionally, the development of Versatile Video Coding (VVC) standards will also be completed in due course. The next generation of video coding technology is a competitive situation. The supporters, the business models, and the licensing strategies of all parties will influence whether the standard will succeed in the future.

Besides VVC, EVC, and AV1—led by Google and other entities—the previous technical standards, including High-efficiency Video Coding (HEVC) and Advanced Video Coding (AVC), are still utilized for different products according to their demands.

According to Gizmodo, a class-action lawsuit was filed on June 2 at the United States District Court for the Northern District of California. The plaintiffs are seeking upwards of $5 billion in damages from Google for tracking user’s activities even when users are using the “private” or “incognito” mode with Chrome. Furthermore, the lawsuit states that Google’s behavior represents a violation of the Federal Wiretap Act. As punishment for “violation of their rights to privacy and loss of value in their personal information,” the plaintiffs are seeking at least $5,000 per user and three times the actual damages.

“As big data becomes the most valuable resource and opportunity for companies in the next era, it is predicted that each country’s policy regarding using personal data will become more and more stringent. Taiwanese companies that provide online services to users of another country should pay attention to each jurisdiction’s data policy to prevent the legal risk.” “Compulsory licensing is a very special approach to patent licensing, regulated by the Agreement on Trade-Related Intellectual Property Rights (TRIPs). The definition is as follows: a country may license a patent right without the patentee’s consent in some circumstances. The compulsory licensing of pharmaceutical patents is usually a response to medical or public health emergencies. When a COVID-19 medicine or vaccine is being reviewed prior to commercialization, the developer must have a clear picture of the COVID-19 patent policy or whether compulsory licensing is enabled in said country; the government would also need to strike a balance between public interest and incentivizing R&D.”

Don’t Feel Like Filing a Patent for a High-Cost Product Only to Get It Rejected for Not Being New Enough? WISPRO Senior Consultant Daniel Ko: Conduct a Prior Art Search Usually, when an inventor has a new idea, he or she will immediately file a patent application for a product, only to realize that, after receiving an office action, his or her idea is no longer new. Before filing a patent application, I always do a prior art search first using Patentcloud by InQuartik. This is because, more often than not, you will find out that your idea is not as new as you think it is, and this is a good thing.

After conducting a prior art search and discovering that your invention has already been patented, differences can then be identified by studying the prior art. For example, in many patent applications that I have handled, while the prior art may be identical to the supposed new product, the prior art always tends to miss out on the manufacturing of the product. That is how I help inventors to obtain a patent for his or her new idea.