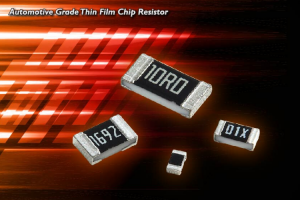 As 5G, AI, self-driving vehicles, and data centers are becoming commercialized in various application scenarios. The end product clients (e.g., Apple, Google) are playing a more involved role in chip design, leading to a significant shift in the status quo of the semiconductor supply chain.

Subsequently, the IC designers will be requested on demand for diverse and highly customized chips from the end clients. In such a manner, heterogenous integration technology comes into play so that the end clients can propose to IC suppliers for multiple application-specific ICs produced by different generation processes. They can also ask the foundry or chip assemblers to package those ICs into the final chip assembly.

It is also observed, according to our patent intelligence analytics, that well-known semiconductor companies like Qualcomm, Broadcom, TSMC, Intel, and ASE have filed patents related to heterogeneous integration significantly since 2010. Industry news fused with patent data suggests that heterogeneous integration will be important for the future of the semiconductor sector.

The decentralized processing system can be the core of blockchain technology. Filing a patent application is an excellent choice to protect the system. However, if the system is protected by a “system claim” covering the activities performed by different entities in the system, it would be difficult for the patent owner to detect a single party that infringes on this claim.

In this regard, claiming the invention in a way that captures the activities of a single entity and ensuring that the claimed subject matter matches the market products will be key for the patent practitioners while planning the claim scope for a decentralized processing system.

Taiwan Authority Weighs in a 1.6 Billion Asia-America Deal.
WISPRO Senior Director Warren Chen: Such cases highlight the importance of the early assessment of regulatory requirements in Taiwan to avoid the risk of derailing a deal.

Taiwan’s foreign investment review body, the Investment Commission of the Ministry of Economic Affairs (MOEAIC), gave the thumbs up to the proposed acquisition of Kemet by Yageo, according to GlobeNewswire.

The regulatory approval by the Taiwan authority is the last regulatory hurdle that the two-component manufacturers have to jump over before they can finally close the deal. By acquiring Kemet, Yageo not only secures third place in the passive electronics component industry but also successfully enters into the niche, profitable sectors such as vehicles, medical, and industrial.

The acquisition has passed antitrust reviews in Austria, Germany, the US, and China. This transaction also requires a green light by the authorities in charge of the review of foreign investments, including CFIUS and MOEAIC. Such cases highlight the importance of the early assessment of regulatory requirements in Taiwan and the need to prepare in advance for the regulatory clearance to avoid delay or risk of derailing a deal.