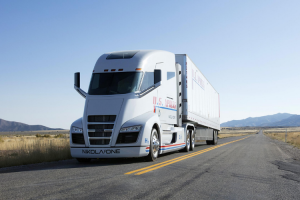 Tesla vs. Nikola? Lithium Batteries vs. Fuel Cells? WISPRO Manager Jean Chou: Both Have Their Advantages, Market Segmentation Is the Key to the Success of Electric Vehicles

Tesla and Nikola are two electric vehicle companies, one focuses on lithium battery vehicles, and the other focuses on hydrogen fuel cell vehicles. Although they are both named after Nikola Tesla⁠—the inventor of the AC system⁠—these two companies never seem to be able to get along with each other. Not long after Nikola went public, Tesla’s founder Elon Musk popped up and told everyone again that fuel cells would not work⁠—as reported by Observer.

Elon Musk’s argument is that hydrogen fuel cells are an extremely inefficient way to generate electrical energy, so it is not feasible from the perspective of environmental protection and saving energy. However, the biggest problem surrounding lithium batteries is still the limitation of mileage and the charging time. Therefore, the existing lithium battery electric vehicles can only meet the requirement of a short-range daily commute and cannot meet other driving needs. After all, not every place has a charging station.

WISPRO manager Jean Chou believes that Nikola has chosen a good market entry point to develop fuel cell electric vehicles, that is, long-distance trucks and off-road vehicles. The current lithium batteries can not meet the needs of these two types of vehicles, one is long-distance transportation, and the other is the popularity of charging stations. Therefore, in these two electric vehicle market segments, fuel cells that can be fueled seem to be more advantageous. Meanwhile, lithium battery manufacturers are still focusing on improving the energy density of lithium batteries and developing rapid charging methods, such as solid-state lithium batteries, and trying to meet various driving needs.

Whether it is lithium batteries or fuel cells, the outcome of the battle is still undecided. WISPRO experts will continue to watch the development of the electric vehicle market and provide you with professional insights through patent analysis.

COVID-19 has changed the way we do things. For example, companies have finally realized that they don’t need an office to get the work done. Employees have realized that going to the office is unnecessary as they can do the work remotely.

Apple was granted a patent this month for software that can generate group selfies even if the group is not in the same place at the same time. With such software, you can have a picture of you receiving an award from someone while the two of you are in different countries. You can also have a picture of you giving a speech in front of an audience while the audience is in their own homes. Apple filed the patent application in 2018, and the patent’s value is much more than that it was then. Many such patents may be found using Patentcloud.

The Japanese Ministry of Economy, Trade, and Industry Published Its “Guide to Fair Value Calculation of Standard Essential Patents for Multi-Component Products.” In May 2020, the Japanese Ministry of Economy, Trade, and Industry (METI) published its “Guide to Fair Value Calculation of Standard Essential Patents for Multi-Component Products.” The research group of the guide includes some well-known Japanese lawyers and academics.

In this Guide, METI proposes three general principles. The first principle is that SEP owners have to license the standard-essential patents to all companies that request them, regardless of their position within the supply chain. The second principle is that royalties should be calculated based on a ‘top-down’ approach, which was also declared in the 2014 Japanese case Samsung v Apple Japan. Concerning the third principle, instead of basing the royalty calculation on “Smallest Saleable Patent Practicing Unit” or “Entire Market Value Rule,” METI proposes a different method where the royalty should be calculated based on the portion to which the SEP technology contributes (contribution rate) in the value of the main product that implements the SEP technology.

While countries have taken different approaches to SEP and FRAND issues, we are looking forward to governments around the world publishing guidelines and policy recommendations to provide better clarity and predictability and ensuring continued investments in research and innovation.

Regarding Copyright Infringement and Fair Use from Adaptation of MV

As mentioned in the infringement statement submitted by Mr. Wu Jiancheng—the composer of the original video—the adaptation of the music video is based on the mocking of the original music video, which is merely reasonable use of political freedom of expression and does not infringe. Because of its copyright, the adaptation music video will not be taken down at this time, but the original composer’s creative information will be added to show some respect.

Exploring STR Network’s adaptation of the original music video, whether in terms of music, casting, or even presentation, it has a certain degree of similarity to the original. In other words, the adapted music video may be connected to parody in the copyright, i.e. by changing the way others wrote it to achieve a humorous, sarcastic or comic effect. But the current practice still does not have enough jurisprudence and sufficient court insights. Thus, if you want to determine whether the parody is indeed a tort, you would need to continue to observe the case’s development in the future. 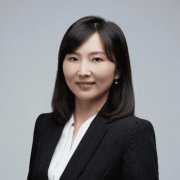